All products are certified in accordance with Russian and international standards

Enterprises of the group of companies 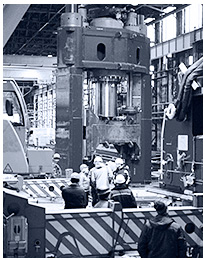 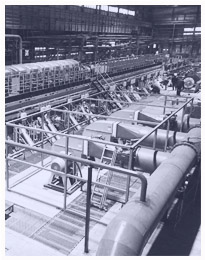 technologies and equipment for heat treatment and heating of steel 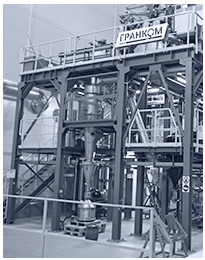 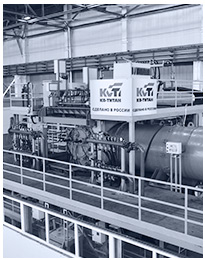 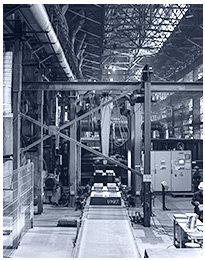 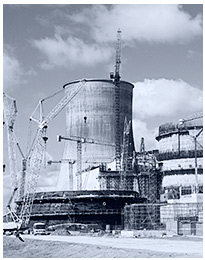 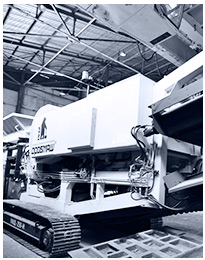 I have not been at the plant since the Soviet days. It’s an absolutely magnificent production facility! But the main shock for me is that the company intends to produce finished parts, rather than blanks. I have not met metallurgists who would have such a desire. Great outlook!

Over the past 45 years I have not seen a single Perm-made engine without Ruspolymet products in it. We are going to start doing PD-35 soon (following PD-14: editor’s note), which is a huge engine incorporating new materials and a lot of other interesting things. We will certainly cooperate!

The company demonstrates its commitment to highest production standards. The specialists really try to work efficiently; the equipment is in a perfect condition.

It is also very nice that the engineering staff are open to dialogue, which is extremely important for every customer, since it is essential to not just ship the products quickly, but also to ensure their high quality, and, respectively, to cooperate with scientific institutions.

I really liked that a large-scale investment program has been completed, and, in fact, it is a brand new plant now. I would like to highlight the laboratory complex. It really demonstrates its serious approach and the capability to maintain the quality management system. It is absolutely important for every customer in the modern world.

Being a purchaser of Ruspolymet products, we are interested in the development of the plant. It is important for us to have a reliable supplier who will do everything to a high quality standard and in a timely fashion.

08.08.2022 The city where you want to live: Kulebaki celebrated a double holiday 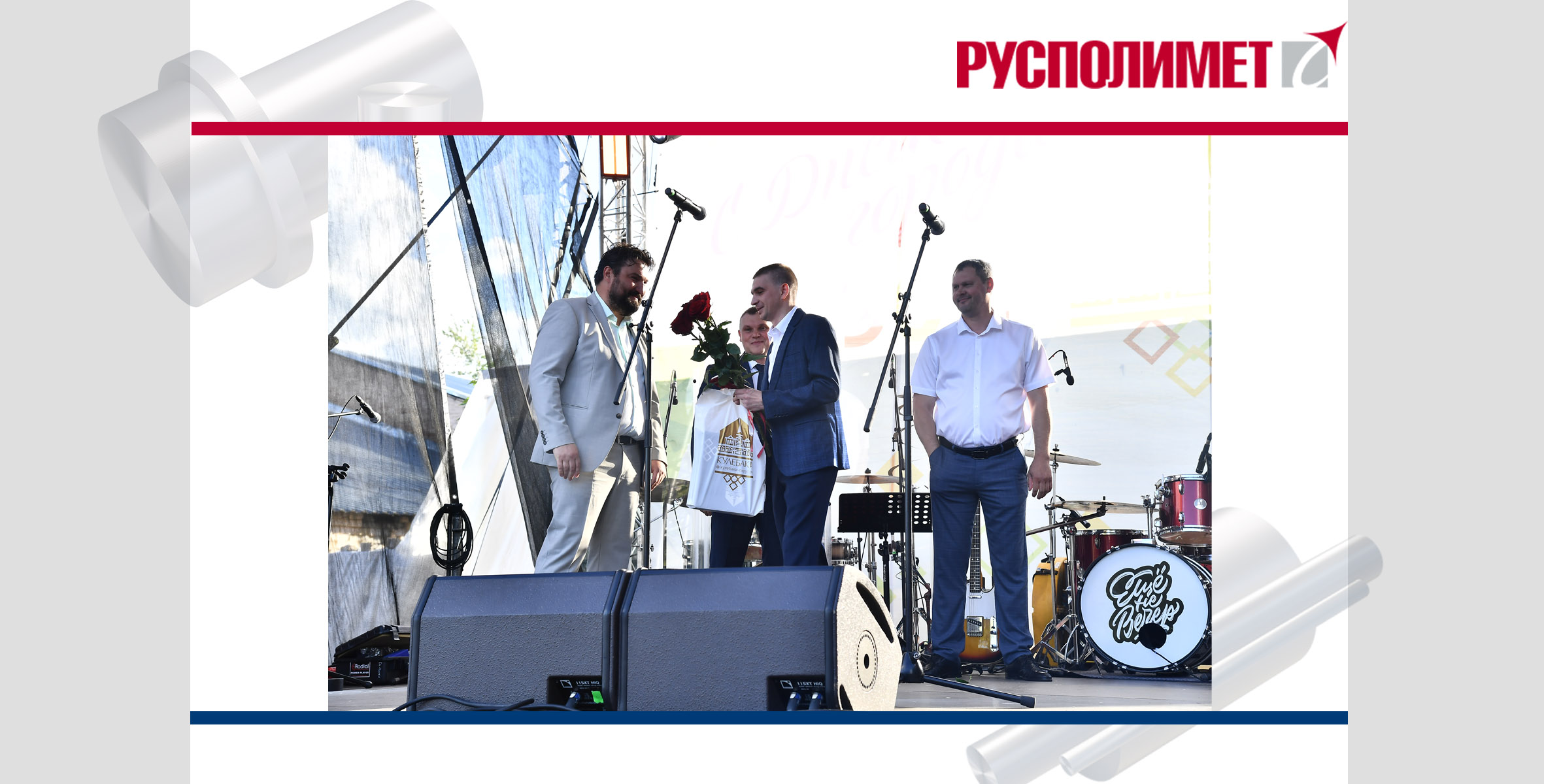 08.08.2022 The city where you want to live: Kulebaki celebrated a double holiday 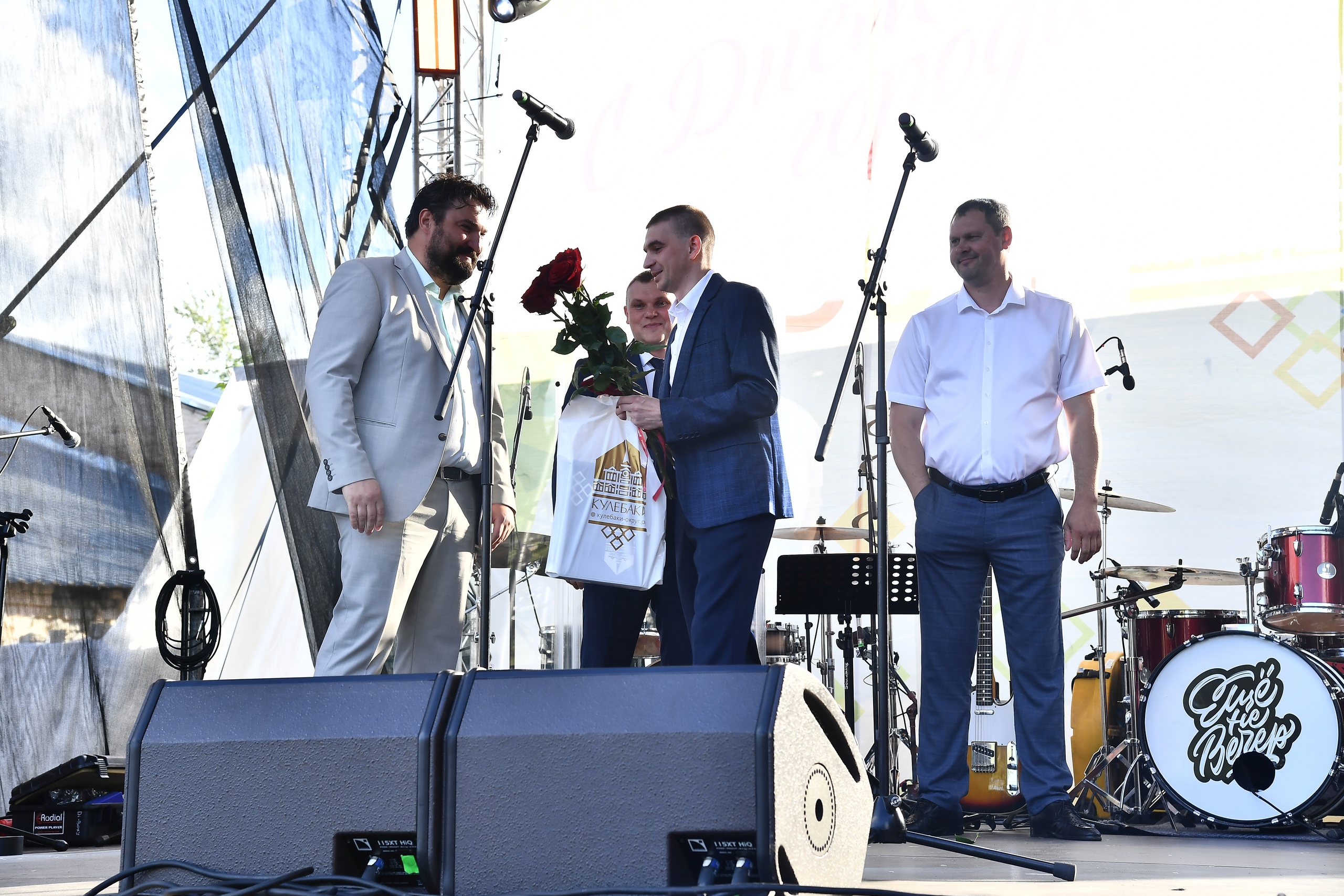 Kulebaki celebrated a double holiday. 90 years since the city status was granted and the day of the metallurgist. Mass celebrations were held on the main square, and the most prominent residents of the city and workers of the metallurgical plant were awarded honorary titles. Vladimir Basov visited the festival

Alexander Timakov has lived in Kulebaks all his life, first devoted himself to the pioneer movement, then to managerial work. On the day of the 90th anniversary of the city, he receives the title of "Honorary Veteran" of the city.

Alexander Timakov, Honorary veteran of G.O.G. Kulebaki: I am somehow attached to our city, my native city. Firstly, it is distinguished by greenery, good people, responsive, kind people, and somehow we can say we live as one big family.

Kulebaki is one of those cities where you want to live and where you don't want to leave, locals say.

Alexey, A Resident Of Kulebak: I love this city, it's generally the best city on earth, I lived in Nizhny Novgorod for 15 years, but I came back here, why? And here it's quiet - the soul is resting.

Mikhail, a resident of Kulebak: Grew up here, got used to everything, I like the city here, beautiful, nature is good, clean city, I don't want to leave here.

In many ways, this is the merit of the city-forming enterprise - PJSC Ruspolimet. The management of the plant understands that highly qualified specialists will stay here only if good living conditions are created for them.

Maxim Klochai, CEO of PJSC Ruspolimet: We are interested in making it pleasant to live in this city and therefore we are developing not only the plant, but also the city.

On the day of the city, Kulebachans also celebrate their professional holiday - metallurgist's Day.

Alexander Pichugin, Engineer-technologist of the first category, Honorary metallurgist: In front of me still in the eyes of the molten tub of the 50-ton open-hearth furnace where I worked, this probably fascinated me, and I am still under hypnosis.

For Kulebak metallurgists, open-hearth furnaces remained only a pleasant memory from the past. Today, the most difficult metal grades for the domestic industry are manufactured here.

Evgeny Zavyalov, Master of the main production of the electrometallurgy workshop, Honorary Metallurgist: Yes, it's a challenge to go to work every day, do something new, do something economically profitable, do something important for yourself.

For 156 years, the plant has come a long way - from the smelting of simple cast iron, to titanium, special steels and alloys, metal powders and products made from them. Today there are plans to expand production and release new complex alloys. 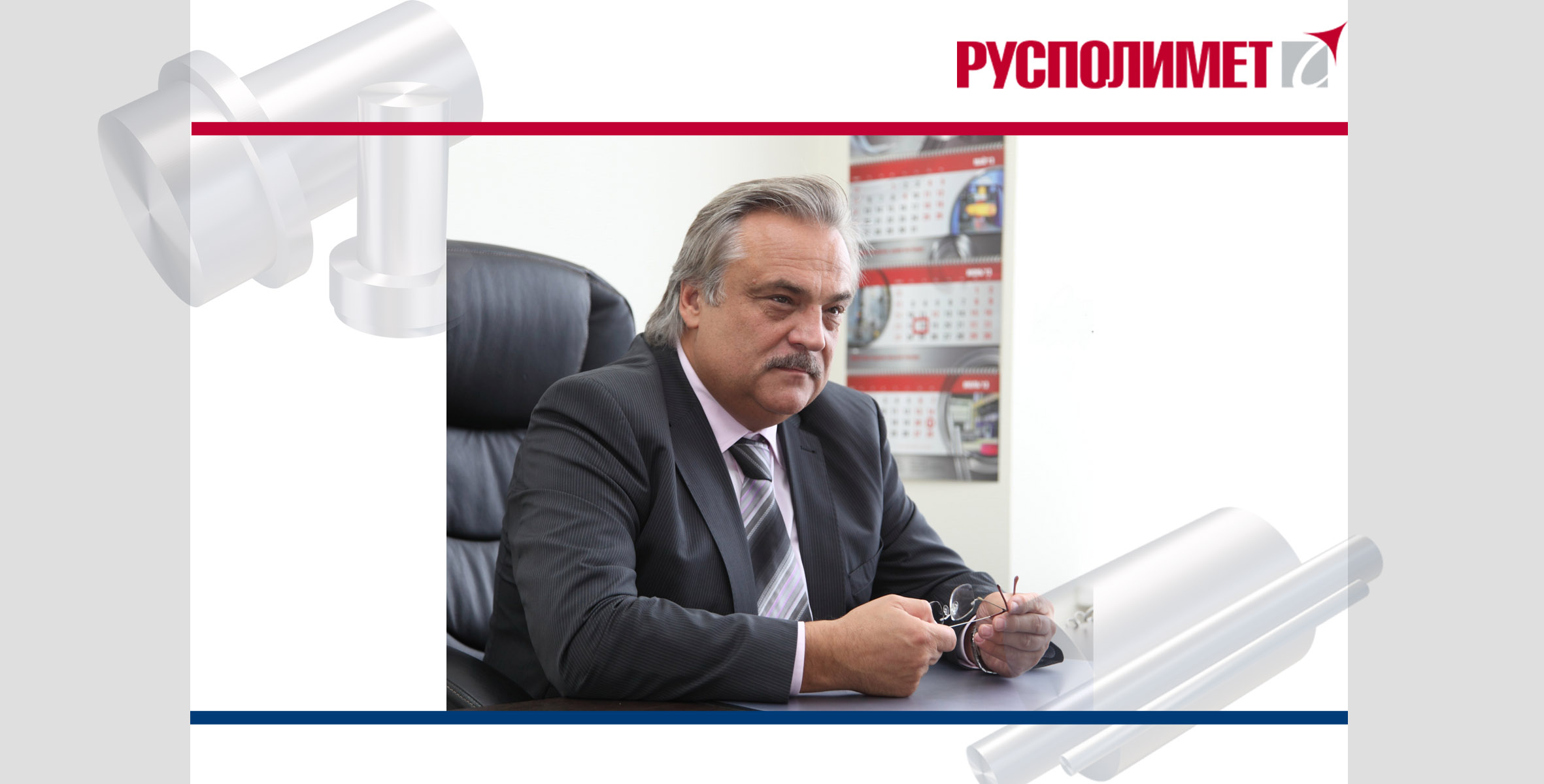 The head of the Ruspolimet Group of Enterprises, Vice-President of the Russian Union of Industrialists and Entrepreneurs - Chairman of the Coordinating Council of the RSPP branches in the Volga Federal District Viktor Klochai celebrates his anniversary on June 27.

Today, the industrialist receives congratulations from numerous colleagues and partners from all over the country. The editorial board of Business News joins the congratulations. For the business community, Victor Klochaj is a model, an example of what heights can be achieved if you steadily, every day, go to your goals.

With the arrival of the industrialist's team, the Ruspolimet metallurgical plant (Kulebaki, Nizhny Novgorod region), where an open-hearth furnace smoked 15 years ago and two mills of 1911 production worked, turned into a powerful full-cycle production complex - from raw materials to finished products made of special steels and alloys, competing on equal terms with world grandees. 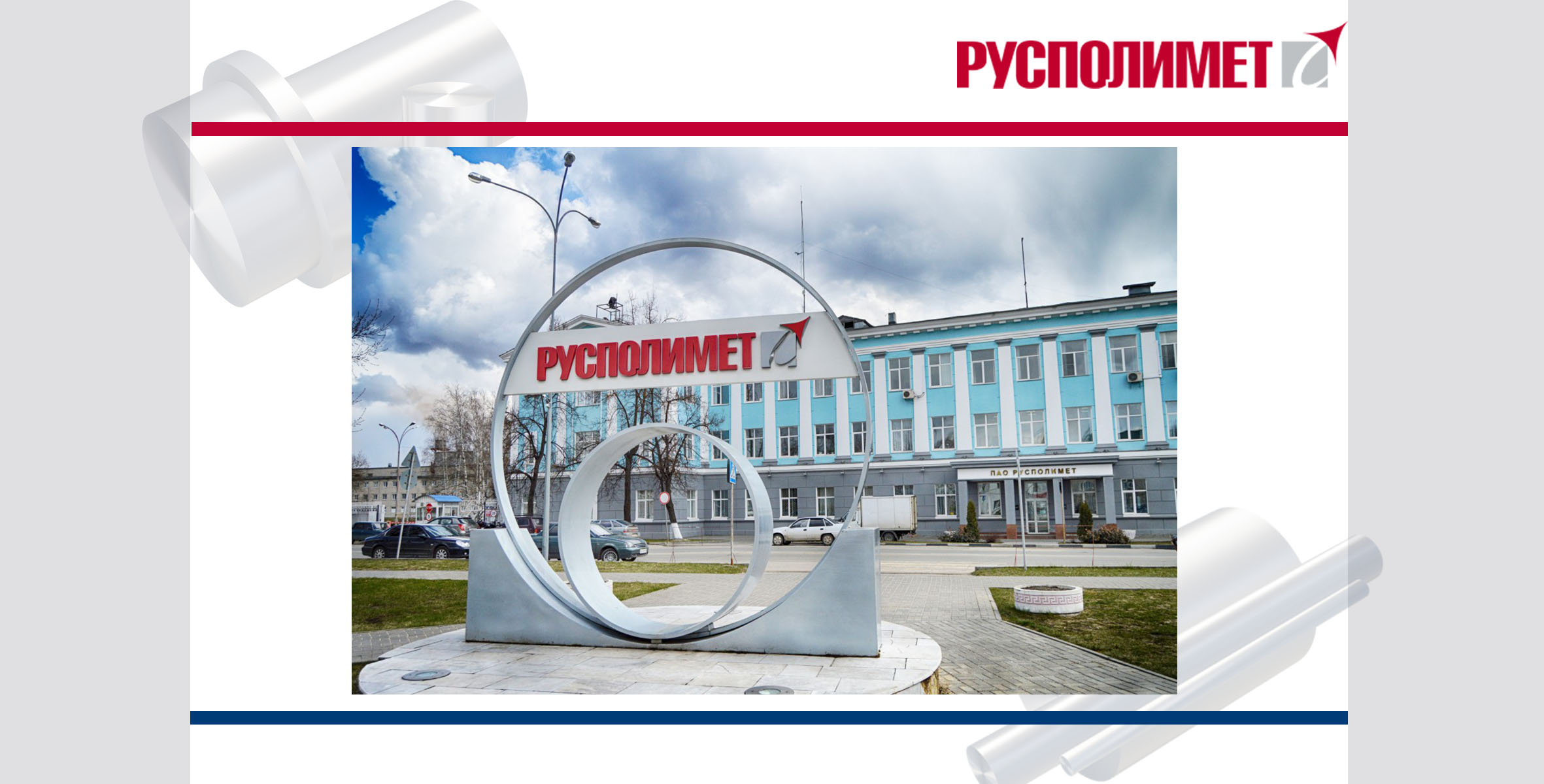 The sole shareholder of Ruspolimet approved amendments to the charter of the public joint stock company, excluding the indication that the company is public. This is stated in the issuer's materials.

The decision was also approved to apply to the Bank of Russia with an application to release the company from the obligation to disclose information provided for by the Russian securities legislation. In addition, Ruspolimet will apply to the Moscow Stock Exchange with a statement on the delisting of all shares of the company.

Since June 2014, Ruspolimet has been included in the third level of the Mosbirzhi listing. Trading in the company's securities has been suspended since January 29, 2021.

WE ARE HAPPY TO HELP YOU